This article is the second part of our “How IoT Works” series, in which we’ll cover the key elements of IoT in a simple, understandable way.

In the previous article (How IoT Works – Part 1: Sensors) we learned how information is collected in IoT applications. The next step is to send the data to a cloud-based service for processing. So how does it get there?

In this article, we’ll concentrate on the second element on the list: connectivity.

Connectivity is the piece of the IoT puzzle which enables the “things” to communicate and exchange data. The connection can be achieved via wired or wireless network. However, wired network is unsuitable for most IoT applications because its range is only as far as the wire can reach. Most IoT applications require more range so we’ll concentrate on wireless connectivity in this article.

There are many connectivity options for IoT, such as cellular, satellite, WiFi, low-power wide-area networks (LPWAN), and Bluetooth.

When selecting a connectivity option, there are many factors to take into consideration: range (maximum distance over which data can be sent), bandwidth (how much data can be sent), power consumption (how long the battery will last), costs, reliability, and availability, for example.

Let’s take a look at some of the most used connectivity options for IoT. At the end of the article, you can find a very simple table comparing and summarizing the options.

Low-power wide-area networks (LPWAN), such as LoRa and Sigfox, are relatively new: only a few countries have nationwide LPWAN available. According to McKinsey, 20% of the world’s population was covered by LPWA networks in 2017. Also, McKinsey expects that 100% of the population will have LPWAN coverage by 2022.

LPWAN technology is based on the idea of sending small amounts of data intermittently (a few times a day, for example), which makes the low power consumption possible.

One use case for LPWANs is smart waste management, where trash bins are equipped with level sensors and emptied only when needed. In a use case like this it is sufficient to send a small amount of data to the cloud every now and then. Instead of having a real-time monitoring system, it is more important to have batteries that last long (e.g. several years) and reasonable connectivity costs per trash bin.

The downside is that cellular connectivity has relatively high costs and high power consumption. However, there are new cellular networks that aim to address these problems. One of them is Narrowband IoT (NB-IoT), which is a LPWAN technology that utilizes the existing cellular network infrastructure.

Cellular connectivity is not optimal for many IoT use cases due to its high power consumption and costs. However, it can be used for tracking expensive assets (vehicles, shipping containers, etc.) that travel over long distances, for example.

Bluetooth and WiFi are good options for short-range communication. They have higher bandwidth than LPWANs and lower power consumption than satellite and cellular.

One example of an IoT use case that utilizes Bluetooth/WiFi is hospital (or other indoor) asset tracking. By using multiple Bluetooth/WiFi access points, you can determine an asset’s location by means of triangulation.

Here’s a table presenting a very simple summary of the connectivity options introduced above.

As we learned, all the options have their pros and cons. The right choice depends on your IoT use case.

What’s Next in the IoT Workflow?

So far we have collected the data by sensors and used a network solution to send the data to a cloud service. Next, we have to make the data useful, which means we need to process it. Stay tuned for our next article “How IoT Works – Part 3: Data Processing”!

P.S. If you enjoyed what you read, consider sharing it!

Asset Tracking connectivity how iot works IoT LPWAN
How IoT Works – Part 2: Connectivity2018-06-042021-03-04https://trackinno.com/wp-content/uploads/2021/02/trackinno-logo-blue.pngKalustonhallintahttps://trackinno.com/wp-content/uploads/2018/04/how-iot-works1.001.png200px200px
About
Anni Junnila
Anni works in UI development and marketing at Trackinno Oy. She studied at the Tampere University of Technology from where she also received her MSc (Tech) degree in 2016.
Follow Us
Search
Related Posts 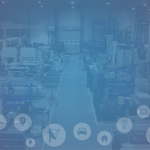